MITE Hosts The Edition 2 of the Internationally Acclaimed TEDxMITE 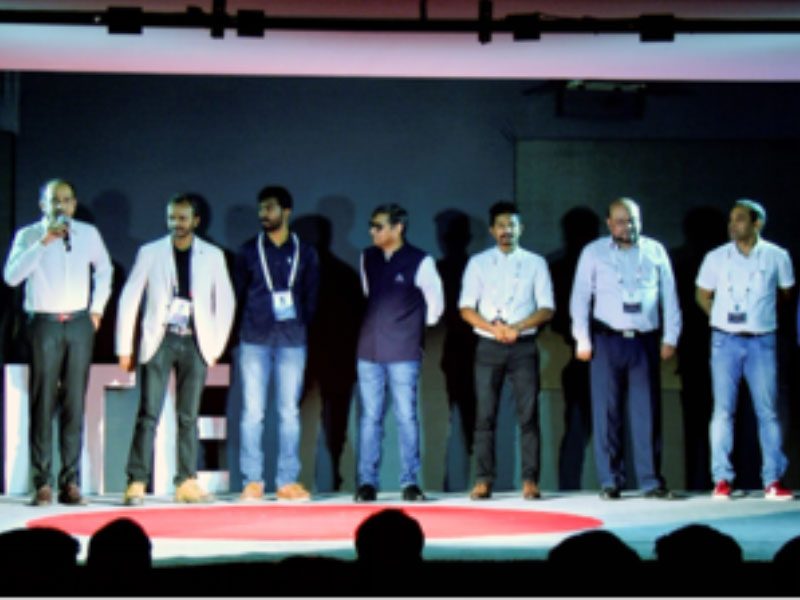 Be a Columbus, smell the fragrance of new lands, new ideas and discover them. The internationally acclaimed TEDX is devoted to ideas that are worth spreading. Continuing the legacy, MITE hosted the edition two of the prestigious TEDx event on February 23, 2019.

TEDxMITE, powered by its tagline ‘Exploring Infinities’ focused on ideas that would change the world and provide a platform for ideators to speak about their ideas and help the people in the community explore the infinities hidden. TEDxMITE was a full day event with two themes, each held at two sessions on the same day. The themes were ‘The New Dawn’ and ‘Ignited’.

TEDxMITE was inaugurated by the Chairman of Rajalaxmi Education Trust, Mr. Rajesh Chouta and the eminent speakers of the event. The first session ‘The New Dawn’ presented an unveiling of ideas and performances that have moved humanity towards a new awakening. The opening talk was delivered by Mr. Deepak Lalan who spoke about how Blockchain technology can solve security and privacy issues in various domains with a case study on Aadhar card. Mr. Mohammed Sameer, an engineer and a doctor by passion, debunked various myths about Homeopathy through his talk. Later, Mr. Ami Mishra, a Bollywood playback singer, enthralled the audience with his numbers from movies like Half Girlfriend, Hamari Adhuri Kahani, and Rockstar. He also spoke about the struggles he had to go through before he rose to fame. Finally, Mr. Manesh Kumar stressed on the need of pushing beyond one’s limits in the workplace to become a ‘Limitless Employee’.

The second session ‘Ignited’ focused on ideas that represent the ultimate power behind our thoughts. The session began with a hilarious stand-up sketch by eminent stand-up comedian, Mr. Manoj Prabakar. This was followed by a talk by Mr. Sreevathsa Prabhakar, Founder, Servify who spoke about the 6 C’s that are important for any entrepreneur. Mr. Kiran J, a talented dancer, and social media influencer, recalled instances from his own life while presenting an inspiring talk. Later, Mr. Arun Hegden, an aerospace engineer turned photographer, presented his ideas on adventures in life by recalling stories from his life. Mr. Satish Acharya, a very popular political cartoonist, spoke about how fragments of thoughts are coupled together and ignited to create powerful cartoons.  The session concluded with an enthralling and exciting performance by the Mumbai-based dance troupe who have performed at Vegas, 13.13

The show was witnessed by students of MITE and delegates from various parts of Karnataka. The audience also included invited guests from various companies across the country. TEDxMITE presented an unveiling of diverse ideas across various fields of society and succeeded at bringing together bright minds on a single platform. The edition two of TEDxMITE was indeed a unique event with diversity in ideas and exhilarating performances.